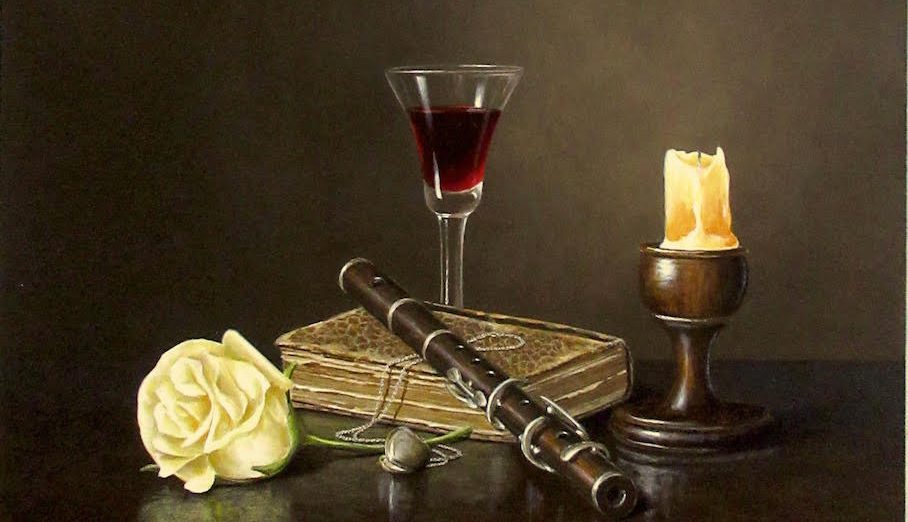 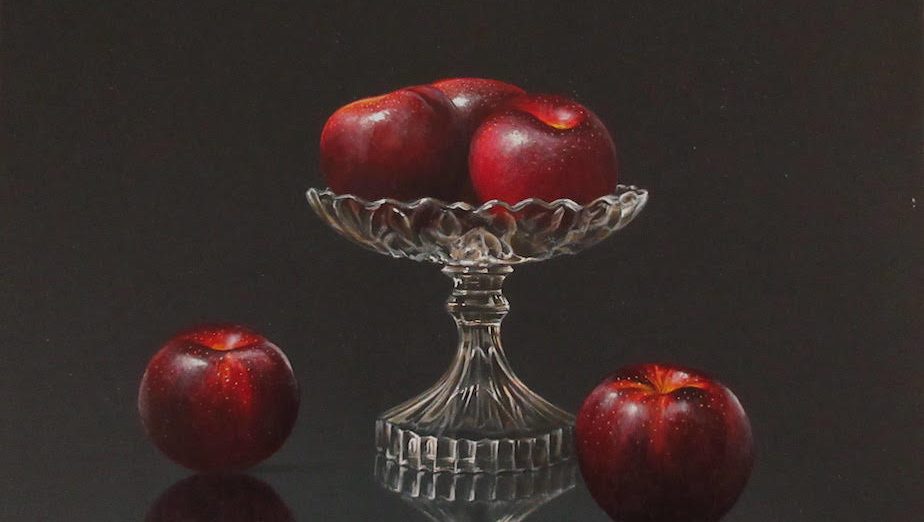 Plums on a Crystal PedestalOil on board
Size 47cm x 47cm 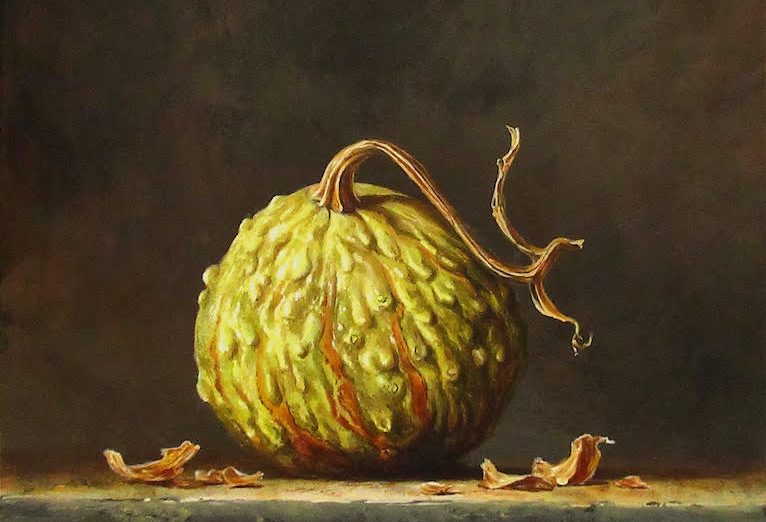 Gourd for NothingOil on board
Size 37cm x 42cm

From Such as TheseOil on board
Size 42cm x 42cm
Ian Mastin was born in Leicestershire, England in 1949, and as a child he moved with his family to Queensland, Australia. He had no involvement with art during his school days and it was only in the mid 1980s that he began to sketch for recreation.

Naturally gifted and with a discerning eye for detail, Ian was invited to exhibit his work in a Brisbane gallery where he first experienced success. In 1991 he returned with his Scottish-born wife and their children to Britain and settled in East Lothian. It was here that he picked up a paintbrush for the first time and after a year of experimentation in fundamental techniques, he committed himself to painting full-time. As a novice painter, his early works were mainly watercolour and the subject matter varied, but it was his discovery of still life in the traditional style that gave him the direction he had been seeking and the passion to pursue his artistic goal of excellence in this genre. His chosen medium is acrylic.

He gains inspiration from many sources without being beholden to any particular style or perceived past ‘Golden Age’. Plainly influenced by Dutch and Flemish Masters of the 17th Century his work nevertheless instils a timeless quality that is not bound by tradition or convention. He is instinctively drawn to the effects of chiaroscuro upon the eye and mind and is fascinated how the juxtaposition of seemingly random shapes, texture, colour and tone have the capacity to arrest and delight the viewer in ways which are difficult to define. He now shares his time between his home in Queensland and the UK.