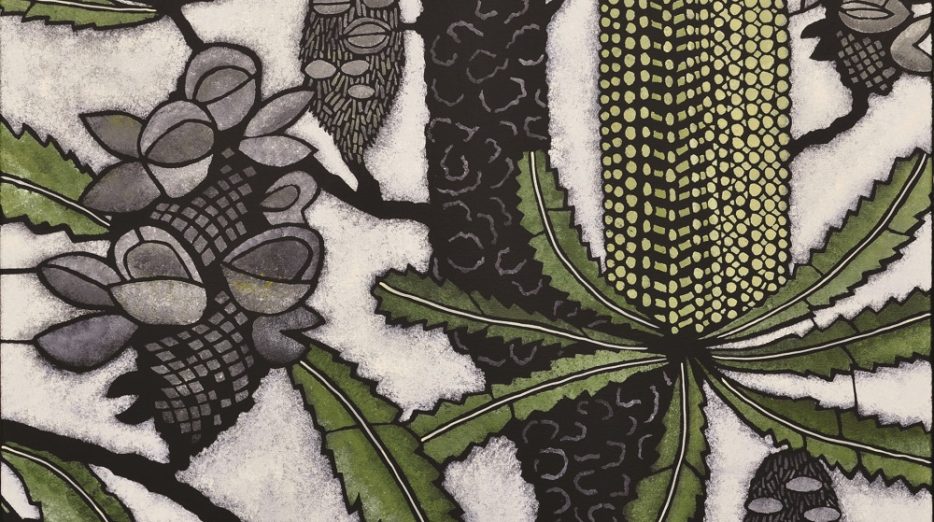 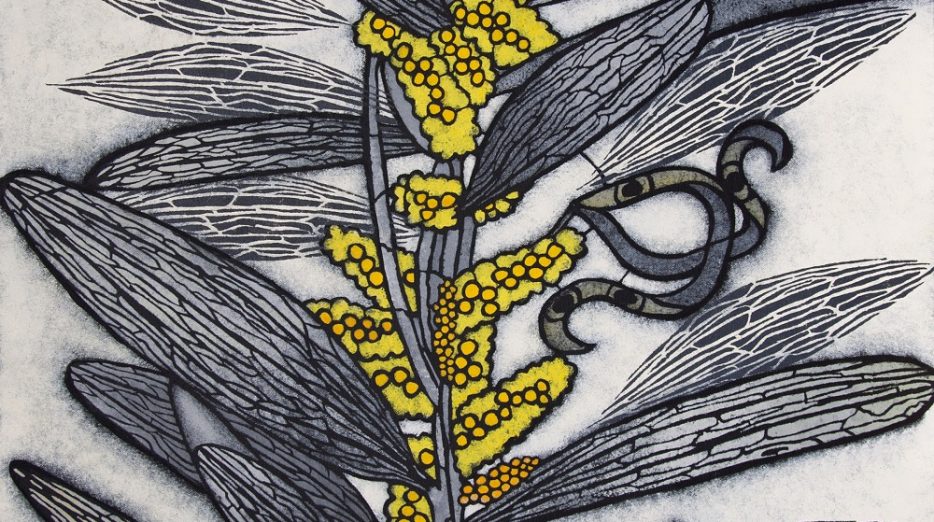 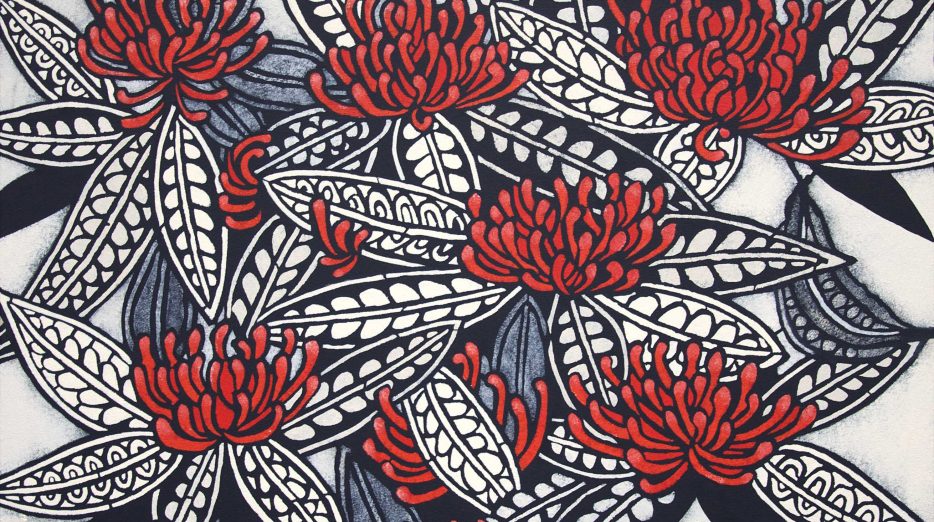 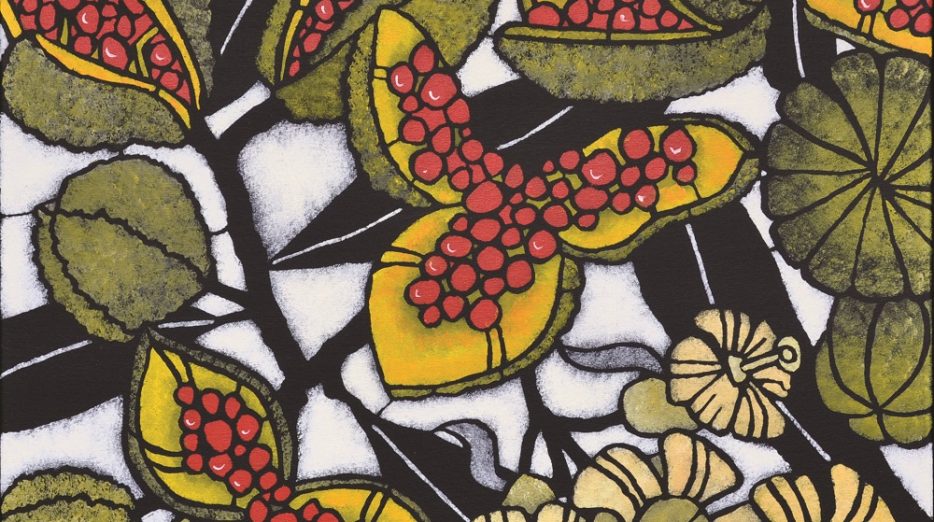 Yellow Pittosporum76cm x 76cm
Limited Edition 4/25
Acrylic on Canvas
Julie Hickson works in her home studio in the Northern Beaches in Sydney Australia where she regularly holds open studios. After 20 years in television production in both Australia and Europe it took a move to the beach to commit to painting full-time in 2008.

Julie developed her original approach to using stencils in painting and formed the concept for ‘pod & pod’, the moniker under which she produces a wide variety of work on canvas based on Australian botanicals and coastal scenes all of which are made in a limited series - numbered as they would be in an edition of prints.

“I have always been drawn to organic line, shape and colour - and a love of both painting and printmaking has led me to pursue this technique which for me combines the best of both worlds.”

The process starts with drawing followed by layers of tweaking to arrive at the final design. In a way making a stencil is similar to cutting a lino or wood block - there is a play between negative and positive spaces in the making of it. The joins between the lines become a trademark of this technique and make it distinctive.

“There is something about having an intermediate layer between the canvas and the brush and paint that I love. Watching that stencil peel back is always a revelation.”